I’m pleased to announce the official release of MOM, by Collin Piprell. Today’s my first stop on the blog tour. Don’t miss my next two stops in the coming days! 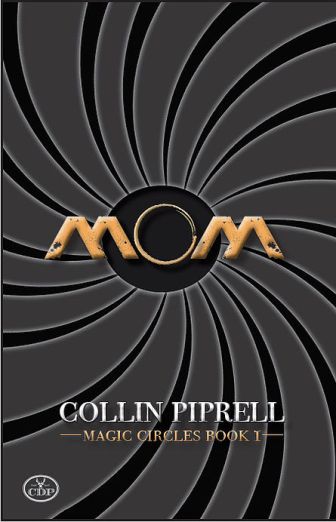 Tagline: A mystery thriller set in the second half of the twenty-first century, MOM is the first novel in Collin Piprell’s darkly comic and always thought-provoking MAGIC CIRCLES science-fiction trilogu.

A GOD IS BORN!

TOO BAD ABOUT THE PERSONALITY DISORDER

So reads the graffito.

MOM is the mall operations manager — the greatest intelligence in history, a machine awakened to self-awareness at a time when the last few human survivors have withdrawn to the last two remaining refuges on Earth. Quarantined from the global nanobot superorganism outside the malls and from each other inside, the mallsters are utterly dependent on MOM for everything — including the ever-more suspect information they’re getting about the world Outside.

Now the malls are crumbling.

Collin Piprell is a Canadian writer and editor resident in Thailand. He is the author of four previous novels and a collection of humorous stories, now out of print, as well as four books on national parks, diving, and coral reefs, which are also out of print. *MOM* is the first novel of Magic Circles, a science-fiction trilogy in progress. Visit http://www.collinpiprell.com to learn more.

We hope you love the book as much as we do!