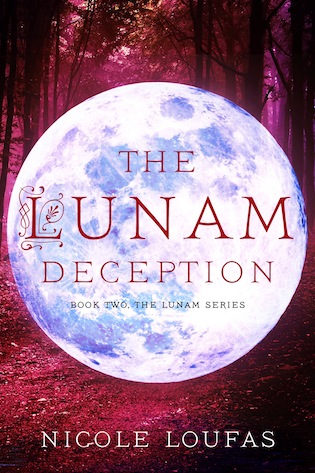 Kalysia has lived her life according to others – a fate she will not pass on to her child. When a conspiracy to bring down the pack threatens to uncover her darkest secrets; Kalysia must fight to protect the truth about the man she wants, at the expense of the man she was fated to love.

Jase has fought his entire life. For his honor, his freedom, and his family. Nothing in his past could’ve prepare him for her. Kalyisa is everything he never knew he always wanted. Is he willing to risk his life, her honor, and Dillan’s pride to win her heart?

“In here,” I call to him and try not to laugh. I don’t know why I always get giggly when I’m trying to be sexy.

Dillan appears in the doorway.

“Oh baby, you have no idea how hot you look right now.”

He steps into the room and pulls his shirt off. “I’m one lucky bastard.”

He unhooks his belt with one hand and kneels on the bed. He bends down, and kisses my knee as his hand rubs up my leg; then stops short. He crawls up the bed toward my face.

“My hands are dirty.”

I run my fingers through his hair.

“Really? Where have your hands been?” I tease.

“I drove the Jeep from the brew-house. Who knows what kind of germs are on that steering wheel.”

He kisses my neck and presses his hips against me. The thin material of his boxers can’t contain his excitement.

“Thank you for not contaminating my lady parts.”

I pull his mouth to mine and taste today’s batch on his tongue.

“I care deeply about your lady parts.”

He licks my breast, and chills cover every inch of my body.

“My kid is cooking in there.”

He moves his hand to my belly as his tongue circles my nipple.

“I want his environment to be as germ-free as possible.”

“Did I say his?” Dillan gives me a coy smile.

I know he’s hoping for a boy. All the guys are.

Dillan rolls me over, so I’m on top of him in all my naked and bloated glory. My swollen belly doesn’t affect his arousal. I moan so loud when he slips inside me; I’m sure Leah will comment on it later. I’m never more certain of my feelings for Dillan than when we’re having sex.

I look at him from across the lodge and sometimes as he sleeps. My heart still stammers when he kisses me or takes my hand when we’re walking. But there is always a sliver of doubt that crosses my mind. A certain way he smiles at Cassie or the sadness that creeps into his eyes when he thinks nobody is looking. I wonder if he feels it too. The only moments of peace come when we’re tangled up naked in our bed. Only then does the world feel right.

Dillan and I lie in bed afterward, watching the light in the room fade into night.

He kisses my head. “I needed that.”

“Hard day at the brew-house, dear?”

Dillan tightens his grip on me. “I got a call from my father.”

It never is where Lowell is concerned.

“He called to congratulate me on becoming a father.” He smirks. “I asked him which baby he was congratulating me on.”

“He’s honoring his promise to Conall.” Dillan pauses. “I’m sorry, babe. I tried to reason with him, but he wouldn’t listen.”

“It isn’t your fault.” I don’t sound very convincing.

If we both just accepted our roles, none of this would be happening. Dillan sits up and turns on the lamp beside the bed. He runs his hands over his face and groans.

“What am I supposed to do?”

I assume his question is rhetorical.

If Dillan supports Lowell and claims Cassie’s child as his trueborn heir, he maintains his place in the pack, inherits Sierra-Duke, and his family’s fortune. Sometimes I believe this is a good thing; our child won’t be obligated to the pack the same way we were. Call it ego or pride, but the thought of Cassie’s child ruling over mine, makes me want to break things. When I say things, I mean Cassie.

Unlike Lowell, I refuse to bully Dillan to my side. I don’t have to. Dillan loves me; therefore, he loves our child. He would never dishonor either of us.

“I will lose everything when I claim our child as my heir.” He turns around to look at me. “I’ll just be another employee of Sierra-Duke. I get nothing.”

Dillan doesn’t just lose his inheritance; he also loses status. Each leader must have a Lunam child that is accepted by the council. If Lowell gives his support to Cassie’s child, the council will honor his request. It isn’t a matter of screwing me over—these things have been done for hundreds of years.

Dillan may lose his title as future leader, but I’ll still maintain power. As long as we’re together, nothing else matters.

Dillan climbs on top of me and pulls the sheets from between us. He examines my naked body and says, “I think I can live with this for the next fifty years.”

We miss the dinner bell.

We miss breakfast too.

Nicole was born and raised in California. She claims to be a San Francisco native, however she’s lived in both Northern and Southern California. She credits her creativity to the fact that she attended 12 schools between kindergarten and her senior year in high school. Her nomadic childhood allowed her to reinvent herself often. Some might say she was a liar. While others see the stories she told as a coping mechanism. Twelve schools, in six cities, in twelve years – give her a break. Today she channels her storytelling ability into writing novels. Long story short – kids that lie become writers.

Do you want to win a $25 Amazon gift card? ENTER HERE for your chance to win! Rafflecopter contest ends June 29.