I loved February. I got to read the books I’ve been dying to get my hands on. And my heart, psyche, and well, mind are all in revolt. I can’t count how many times I’ve cried. So here are the reads that kept me up past midnight!

Naturally, my first carnival book is, in fact, my favourite. Yes, Caraval has a insta-love feel to it, but the author makes a nice twist to it. The hype is real, so magically real, and I can’t help but gush about this book.

A Darkness Absolute by Kelley Armstrong

Kelley’s books are always instant buys and instant reads for me. I’ve read most of her work and probably own well over thirty of her books. I’ll warn you now: this book is dark and may trigger some readers. Kelley has an uncanny talent for writing complex and utterly intriguing characters. I can’t get enough of the series and hope to get my hands on the next instalment.

I need a support group, stat. Please. King’s Cage is a vast improvement from Glass Sword. You can feel how much time and effort Victoria put into this book. It’s deliberately slow paced, yet it smacks you with intensely real emotions at the end. The sequrel cannot come soon enough.

A poignant tale of a girl falling in love with the Goblin King and finding herself and her music in the Underground. I knew I had to read this story. Don’t expect anything similar to the Labyrinth. Wipe the slate clean and prepare yourself for this gut-wrenching love story. Highly recommended!

I’ve been waiting forever to buy these books. Ah! Okay, clearly I didn’t have a huge haul for these two months, but I’m giddy to see them in the mail.

I’ve read a lot of raving reviews for this book. And each one just solidifies my need to buy Caraval. The story has intrigued me from the first day I heard about it. It is my first carnival-themed novel, so I wasn’t sure if I’d like. I was wrong. I love it. Caraval is one of my favourite books for 2017!

I’m tempted to buy a UK edition, too. The book designs are simply beautiful!

Queen Victoria, you bless us with another enthralling story….And now I sound obsessed. Great.

I can’t wait for this book! I’ve been waiting for a good year or more. And while I saw the betrayal coming, Victoria’s debut novel just sparked something in me.

Victoria is an outspoken author, but that trait draws me to her books. And I hope that her views will translate into some interesting stories! 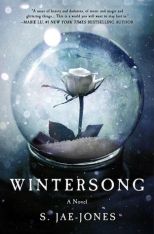 I can’t get over that Sarah, aka JJ, expands on the Goblin King universe! And I’ve been drooling over this cover for months. I have huge hopes for Wintersong. And I love how she incorporates German folklore. She also draws a lot of inspiration from Jim Henson’s Labyrinth, which is one of my most beloved movies. It contains layers and undertones in each shot, so I expect nothing less for Sarah’s debut novel. 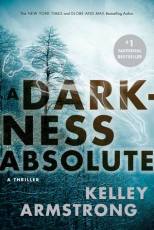 A Darkness Absolute by Kelley Armstrong

Not too long ago, I finished reading City of the Lost, but I can’t even enough of it. Kelley weaves in these dark and twisted arcs that just hook you from the very start. This series is a departure from her fantasy realm, but she has touched on mystery, thriller, and crime in her other series, though. So I have a feeling this book will ignite a new love. City of the Lost is definitely one of favourites!

Waiting on Wednesday, hosted by Jill from Breaking the Spine, is a weekly meme that showcases upcoming book releases that readers are eagerly awaiting. 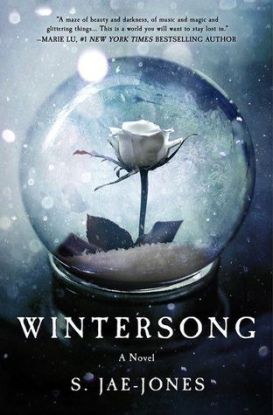 All her life, nineteen-year-old Liesl has heard tales of the beautiful, mysterious Goblin King. He is the Lord of Mischief, the Ruler Underground, and the muse around which her music is composed. Yet, as Liesl helps shoulder the burden of running her family’s inn, her dreams of composition and childish fancies about the Goblin King must be set aside in favor of more practical concerns.

But when her sister Käthe is taken by the goblins, Liesl journeys to their realm to rescue her sister and return her to the world above. The Goblin King agrees to let Käthe go—for a price. The life of a maiden must be given to the land, in accordance with the old laws. A life for a life, he says. Without sacrifice, nothing good can grow. Without death, there can be no rebirth. In exchange for her sister’s freedom, Liesl offers her hand in marriage to the Goblin King. He accepts.

Down in the Underground, Liesl discovers that the Goblin King still inspires her—musically, physically, emotionally. Yet even as her talent blossoms, Liesl’s life is slowly fading away, the price she paid for becoming the Goblin King’s bride. As the two of them grow closer, they must learn just what it is they are each willing to sacrifice: her life, her music, or the end of the world.”

Goodreads | Indigo | Amazon CAN | Amazon US

Why Am I Waiting?

The GOBLIN KING. The freaking GOBLIN KING and the UNDERGROUND! What more can be said when you read this blurb?! When I read that the author took inspiration from the Labyrinth, I almost screamed. My little inner fangirl went giddy, then I saw the cover. This book has been on my TBR list ever since.