Who else is dying for this weekend? I am thrilled to have a long weekend. Or at least, I’m happy to have more time to read and forget everything else I should be doing.

I found this tag on Hammock of Books. I loved what Kay wrote and wanted to take a try at it. Obviously, if you haven’t checked out her blog, you’re missing out.

END_OF_DOCUMENT_TOKEN_TO_BE_REPLACED

I may be late on my whole 12 Days of Blogmas (because posting every day for a month is just daunting for me), so I’ll start off with a great tag post! Brittany from Perfectly Tolerable tagged me. Thank you, love! If you haven’t checked out her blog, you need to do so now!

I may break some hearts here, but I’ve never watched the movie, and I’m not sure if I will. However, I can’t pass up a fun tag. So I hope you enjoy! 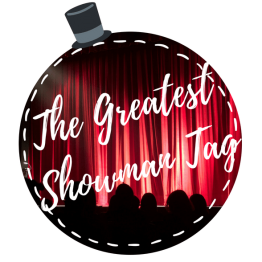 END_OF_DOCUMENT_TOKEN_TO_BE_REPLACED

Look at me forgetting to work on this post until the end of January. 😅 I need be a personal assistant to harass me every day. Well, better late than never! I’ve picked my top six reads of 2017. And even though I’d love to add more, these books are my favourites: 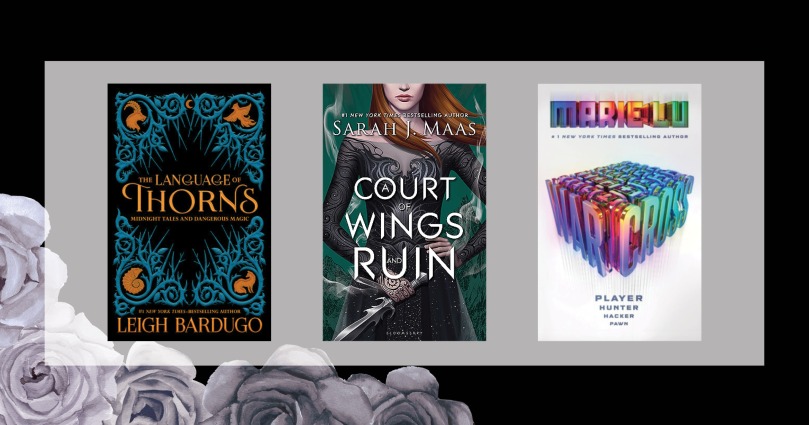 The Language of Thorns by Leigh Bardugo

Leigh is my queen, and I’ll buy anything and everything she’ll write. She recreates readers’ cherished fairy tales and lore, then puts her own twists onto them. Women are at the forefront of this fairy tale retelling. They don’t need anyone, even a man, to save them. They’ll find their own happy ending. And they’ll save themselves. The illustrations set this book apart from others. I cannot recommend it more!

A Court of Wings and Ruin by Sarah J. Maas

Problems aside, this finale is solid. I don’t think anything will top A Court of Mist and Fury, but I love every single character arc, the High Lords’ meeting, and the gut-wrenching page 666 (I still can’t talk about it). The bond among the Archeron sisters will break your heart, then Feysand will shatter it. And I’m down for NESSIAN.

And have you seen the cover for A Court of Frost and Starlight?! Can we fangirl over it, please???

Virtual reality is taken to another level. I read this book earlier this month, but this one is, by far, the best novel I’ve read in a long time. I cannot get enough of this series. And I wish this series wasn’t a duology, but alas, it is. Emi may just steal your heart; she certainly has with mine. Marie makes me want to get back into science fiction books.

Flame in the Mist by Renée Ahdieh

Ah! I fell in love with the cover before I even read the blurb. It does the story justice. Flame is a beautifully written and eloquent story. It captured my attention the moment I opened the book. Now Flame is the first book I’ve read from Renée, but she has done a stellar job at creating a culturally rich storyline.

Now I Rise by Kiersten White

I didn’t think Kiersten could top And I Darken, but I’ve been wrong before. Ruthless, dark, and deadly, Lada has wormed her way into my heart, that feisty killer. And Radu broke it. The Conqueror’s Saga is a stellar historical YA with a touch of romance. I thoroughly loved this dangerous world.

An Enchantment of Ravens by Margaret Rogerson

I wasn’t sure what to expect with this fae novel, but Margaret surprised me with her lush and imaginative writing. The characters are unforgettable, and the lore in this book will captivate. And you can’t go wrong with a cover designed by Charlie Bowater. 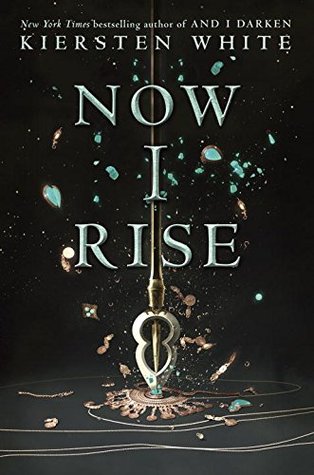 Now I Rise by Kiersten White

Lada Dracul has no allies. No throne. All she has is what she’s always had: herself. After failing to secure the Wallachian throne, Lada is out to punish anyone who dares to cross her blood-strewn path. Filled with a white-hot rage, she storms the countryside with her men, accompanied by her childhood friend Bogdan, terrorizing the land. But brute force isn’t getting Lada what she wants. And thinking of Mehmed brings little comfort to her thorny heart. There’s no time to wonder whether he still thinks about her, even loves her. She left him before he could leave her.

What Lada needs is her younger brother Radu’s subtlety and skill. But Mehmed has sent him to Constantinople—and it’s no diplomatic mission. Mehmed wants control of the city, and Radu has earned an unwanted place as a double-crossing spy behind enemy lines Radu longs for his sister’s fierce confidence—but for the first time in his life, he rejects her unexpected plea for help. Torn between loyalties to faith, to the Ottomans, and to Mehmed, he knows he owes Lada nothing. If she dies, he could never forgive himself—but if he fails in Constantinople, will Mehmed ever forgive him?

As nations fall around them, the Dracul siblings must decide: what will they sacrifice to fulfill their destinies? Empires will topple, thrones will be won . . . and souls will be lost.

“She was a dragon. She was a prince. She was the only hope Wallachia had of ever prospering.”

And she would do whatever it took too get there.”

If you want a richly intense and savage story that shows women, too, are just as ruthless and dangerous as men, then put down your book and pick up this one.

Lada Dracul has given up the love she holds for her brother, Radu, and Mehmed, the sultan who claims her heart. With only her soldiers, she tears her way through the countryside so she can claim her birthright: the Wallachian throne. But her brother chooses Mehmed, who tasks him the perilous duty to infiltrate Constantinople. As empires fall, and faiths are pitted against each other, Lada and Radu test not only their loyalty but also their souls.

I haven’t heard of Kiersten or her books, but I fell in love with this series when I first picked up And I Darken. She creates a realistic portrayal of what life was, how religion clashed and even destroyed civilizations and countries, and how war moulded people into their own enemies. Her writing envelops and delivers you to a savage world where women and children are often used as currency, and religion has shaped this harsh backdrop. Now I Rise is an eloquently crafted sequel that will break your heart, disgust you, yet demand your attention. This book wants to be heard, and you cannot help but hear its call.

The characters drive the storyline, and I love Lada’s and Radu’s character progression. Kiersten cleverly reverses the gender roles. At first, I couldn’t stand Radu because he was often the weak child, but he transforms into a man who is tormented by his true desires and is shaped by his morals and faith. When he allows Mehmed to send him to Constantinople, my heart broke. Radu’s pain and unbreakable loyalty he possesses for Mehmed splash across each page, and this heartache is simply haunting. I wanted to shield him from this suffering because this spy game conflicts with who he is as a person. I haven’t sympathized over a character this much.

I find Lada challenging. I love her tenacity, her drive, her passion, her fire, and her strength. Yet sometimes those qualities are all you see in her. However, while the story progresses, Kiersten gives readers a glance into Lada’s vulnerabilities, which I mentioned in my review of the first book. Now they’re few and far between. And I was hoping to see more of them so that Lada can develop into a character who is more tangible. Anger will only get you so far, and unfortunately, Lada may figure out that problem sooner than she thinks.

I give credit to Kiersten for respectfully representing the Muslim faith, which just seems to be attacked by all sides lately. You see, faith plays a strong part in this series. And I thought it might turn me off, but she depicts the conflict between the Muslim and Christian faiths beautifully. She doesn’t pick a side though, and I appreciate her decision not to.

The Conquerer’s Sage keeps on surprising me. And while I showed up late to this series, I keep loving it more. It’s brutal, harsh, dangerous, and deadly, yet it shows you the human strength. I absolutely adore these books. Now I Rise rightfully deserves its spot on my favourites list!