Did anyone else struggle with this topic? I had to browse through my entire Goodreads read list just to find some titles. 😅 But fear not. I’ve found something to work with!

Top Ten Tuesday, originally created by The Broke and the Bookish and now hosted by That Artsy Reader Girl, is a weekly meme. The next prompt talks about books with no more than 2,000 Goodreads ratings. So don’t expect to see a lot of your favourites on this list.

So I won’t waste any more time. I hope you love this week’s picks!

END_OF_DOCUMENT_TOKEN_TO_BE_REPLACED

Is it another Tuesday? Time is speeding up too quickly! With all of your help, I’ve expanded my comfort zone, explored new authors and storylines, and discover such amazing worlds. So I’m excited about this latest post.

Top Ten Tuesday, originally created by The Broke and the Bookish and now hosted by That Artsy Reader Girl, is a weekly meme. Now for this week’s topic, we highlight new authors we’ve read last year. I already love so many authors as it is, but I’m glad I was able to squeeze these authors’ work on my shelves!

I hope you all enjoy!

END_OF_DOCUMENT_TOKEN_TO_BE_REPLACED

As you can tell, I’ve redesigned some of my blog graphics. And I’ve combined the reading round-up and book haul posts into one, which is more easier to handle. I hope to revamp my entire blog, including my name (about time I can do that). Last year I struggled to keep up with some posts and just kept pushing things off, but I want to stay on top of my blog, so I’ll be scheduling much more this year.

Last month wasn’t that eventful, but I had the opportunity to jump on several blog tours and finish a few books that have been waiting on my TBR list. So here they are: 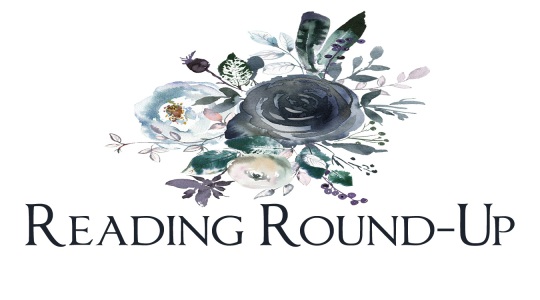 I was trying to catch up on my TBR pile since a particularly nasty cold hit me hard in December. So even though I wanted to read more, I could only get to four books in January.

I haven’t read any of Marie’s previous work, and right now, I feel like I missed out on great writing. Warcross surprised me, and I instantly fell in love with this virtual reality clashing with reality.

I highly recommend this book.

I’m always down for a witch story. For the past couple of years, I’ve steered clear of them because I’ve read too many that just blended in to each other. Just picture the sweetest bakery with a high dose of magic, and you have Deadly Sweet. I’m interested to see what Lola has in store for the sequel(s).

Another witch book in one month? Really? Don’t worry. This story didn’t disappoint either. But this adult one has the sexual tension cranked high.

Surprisingly, as a Batman fan, I wasn’t sure how this book might stand up to the other stories and back history of the character, but Marie truly doesn’t disappoint DC fans. There are slow scenes that may detract from the storyline, but just hold on though. You’ll get your action soon enough.

You can find my review posts linked in the titles above.

I didn’t buy a huge lot in January. There weren’t many books that interested me. But a few caught my eye, and I couldn’t pass up on snagging them. I’ve already read two, and I can’t wait to read my first Holly Black book. 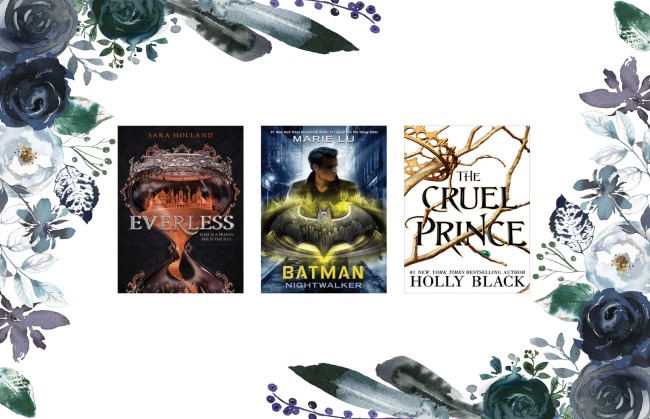 What caught your eye last month? Why don’t we catch up in the comments’ section! 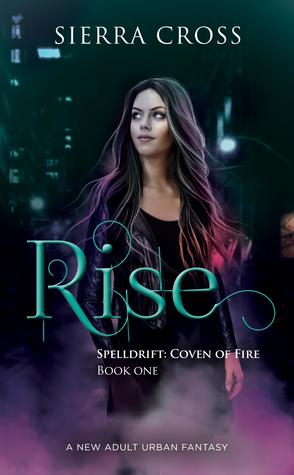 I closed the door on magic long ago…the day it made me an orphan.

Ten years ago, the Coven of Fire sacrificed their lives—my mother among them—to hold off an overwhelming demonic force. Now it’s back.

As a poorly-paid bartender, how can any of this be my problem? But Callie, another orphan of that battle, swears I’m the key to reviving the coven. And there’s an incredibly sexy guardian stranded on my couch who’s promising to help me stop the demons and keep the veil between the realms standing.

One problem: I’ve never been able to use magic. Our local bad boy warlock assures me I have the talent, but even if I did, we don’t have enough witches to complete a coven. The only way to survive is to pull together this pack of magicborn misfits, who have more secrets than spells, into a makeshift coven.

Can we—three untrained witches, a sarcastic warlock, and an overly intense guardian—take back the city…before the demongate falls and the forces that killed my mother destroy us too?

I’ve received an eARC for an unbiased and honest review. Thank you Xpresso Book Tours and the author/publisher for providing the eARC.

With a touch of a budding romance, lots of forbidden love, and a fast-paced storyline, Rise will make you remember why you love witches. This high-risk fantasy will hook you back into the witch’s spell.

Alix Hill lost everything when her coven and family gave up their lives to thwart a demon from taking control. Years later, she discovers it’s back, and she must revive the coven in order to defeat it. However, she can’t use magic. Except a guardian from her past believes she can. Together, with the help of two witches and a sarcastic warlock, they are the only ones who may finally stop the demon that killed everyone they loved.

I’m always down for a good witch novel. I have moved away from that section in fantasy that I’m starting to miss it. And Sierra introduces enough sexual tension that you’re just dying to see how a certain witch and her guardian will fight off their attraction. And the author injects the right amount of action to keep the urban fantasy lovers interested.

I would have liked to have seen more POVs. Alix hasn’t been in the magic scene since her mother, father, and coven died. And with most situations, she doesn’t know how to process or how to deal with certain issues. She’s naive. However, that innocence adds to the story though. For years, she believes she’s a Wont, a non-magical person. But you see how she evolves as the story progresses. That evolution is a trademark I love about New Adult novels. You grow along with the characters.

Rise is a solid beginning to this new series. Even though there were some scenes that were predictable, I loved reading it. I wasn’t expecting this amount of world building in a debut series. But Sierra excelled in doing just that. So expect everything and more in Coven of Fire. The characters stand out among themselves, yet the bond they develop while forming the coven is what hooked me in.

Alix, an orphan, is the quintessential adult who doesn’t know where she’s heading. Haunted by her past, she feels she’s failed her family. And with a little angst and self-doubt, she’s one character you can easily relate to. Matt, the guardian, feels that same pull. He, too, lost everything and is determined to protect Alix, even if doing so may just kill him. Their chemistry is strong, and it affects everything they do. And the forbidden love between this witch and guardian amplifies the tension in the story. The secondary characters also add a flare, which I loved.

I’m glad I took a risk in signing up for this book tour. Rise gives you that magic-filled action with just a taste of romance and satisfies your need for fantasy. I may have just found a new series to follow.

Spells and skyscrapers. Warriors and warlocks. Coven secrets and forbidden romances. Sierra Cross lives for urban fantasy, for modern magic and the bold supernatural beings who stalk our contemporary world. Her Spelldrift universe stars kickass witches and their heroic guardians, as well as vampires, shifters, mages, Fidei, and the dark demonic forces that threaten them all.

Interested in Coven of Fire? You can win a $50 Amazon gift card and a set of paperbacks of the series. ENTER HERE to win.

Don’t miss out on the tour. Go check out the other reviews and posts!