Since this week’s topic is a freebie, I thought I’d highlight my most recent favourite dark romances that have put me in a never-ending binge read.

Top Ten Tuesday, originally created by The Broke and the Bookish and now hosted by That Artsy Reader Girl, is a weekly meme. The next prompt is a genre freebie.

This book is one of the hardest bully romance I’ve ever read. It’s rough, gritty, and difficult to get through. But it’s so worth it. Marnye is at the top of my fave characters list!

I typically take about a day or two to read these novels. I breeze right through them. But it took me such a long time to get through this one. But Resurrection is worth the effort though. Harlow won’t take no bull from anyone, and she’s willing to screw with the guys’ heads. I love it.

Bernie and the boys have wormed their way into my mind, and they won’t leave. I’m counting down the days to the release, which we still don’t know of, and I hope CHOAS is just as ruthless as HAVOC.

Ugh, I won’t stop talking about Siobhan’s book. It’s that good. Bully romance is still new to me, but Siobhan has convinced me it’s a genre here to stay. I adore Abby and Kai. 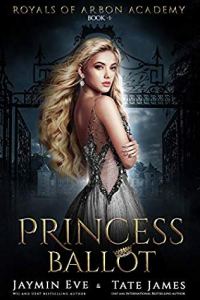 I’m rooting for Violet and Rafe, even if they aren’t a couple yet. Their attraction is undeniable. And I love the dark tones of this dystopian. I look forward to the sequel.